Best Triceps Exercises (Kickbacks is a 2!)

When it comes to big, defined, impressive arms, it’s all about the triceps. This three headed muscle takes up two thirds of the upper arm, so if you want massive guns, you’d better learn which exercises are actually working them to the best effect. In this article, we analyze some common triceps exercises to discover which ones are duds and which ones deserve your attention.

What You Need to Know about the Triceps 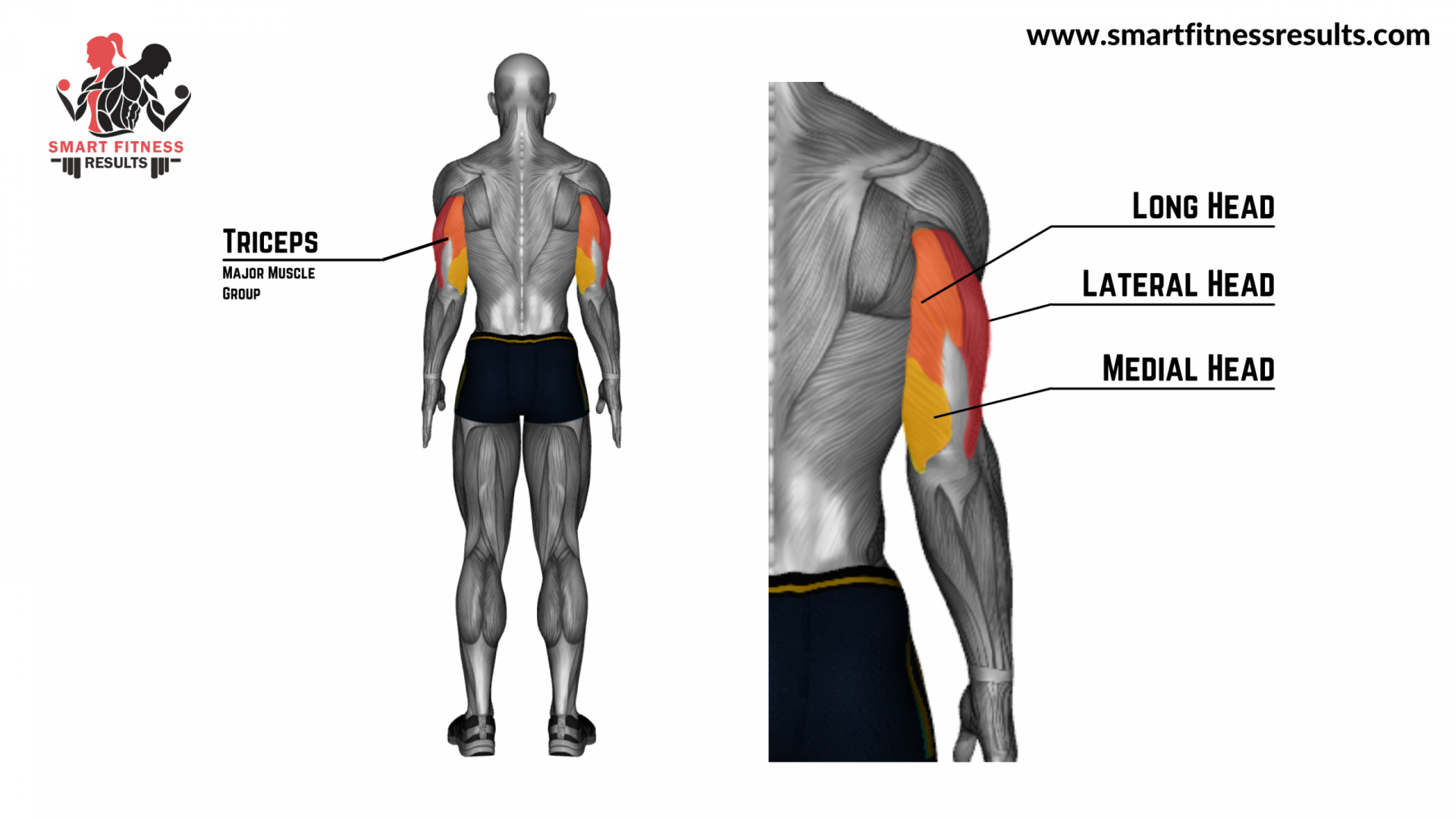 The triceps muscle straightens the arm. Even though it has three heads, the triceps is a single muscle with just one insertion point. However, each head has a separate point of origin. Yet, you cannot isolate any of the three heads of the triceps. Being a hinge joint, movement of the elbow is an all or nothing deal. Even the overhead triceps extension will stretch the long head more than the other two heads, this has nothing to do with growth or strength potential.

Changing your hand position will not, contrary to what some believe, work the triceps differently. Your triceps muscle has no idea what way your hands are being held.

The best movement to train your triceps is that which is most natural. That is to have your elbows at your side while you are standing.

Ok, let’s rate some exercises to build triceps to find the most effective tricep workout for you to do. . .

To analyze the effectiveness of the dip for working the triceps you need to understand that the operating lever on the triceps is the forearm. In the start position of the dip, your forearms are parallel with gravity, which is the operating resistance for the exercise. In that position there is no resistance at all. When you go down into the bottom dip position, though, the angle of the forearm moves no more than 10 degrees. That puts only a slight amount of dynamic tension on your triceps.

So, why is the dip so hard an exercise? Because the upper arm is the operating lever on the anterior deltoid and it moves to a position of being perpendicular to gravity in the button position! So, when you think your triceps are doing all the work, they are really getting a free ride and it is your front delts that are actually doing all the work.

When you perform the triceps kickback, the operating lever is again the forearm. It

is neutral in the start position which is when your hand is positioned directly down to the floor, meaning that there is no resistance. The resistance kicks in when you straighten the arms, maximizing when your arms are straight. When you perform the kickback, therefore, you only get resistance for half of the movement – the first half from your hand being at the shoulder to the start position is lost. That is 50 percent of your range of motion!

The next problem with the triceps kickback is that it is very easy to use momentum to drive the arms back to a straight position. Gravitational pull naturally drops the arms beyond the straight arm position at the bottom of the movement, causing momentum to kick in on the next rep. That creates a swing effect so that you are not getting the full effect of the weight in your hand.

The bottom line here is that the tricep kickback is a completely useless triceps exercise.

The triceps cable pushdown is probably the most popular triceps exercise in the gym. In the starting position, the cable is parallel to the forearm, which is the operating lever. As a result, there is no load on the triceps at the start of the movement. To be the most effective, however, an exercise needs to be early phase loaded as this is the strongest position of the triceps.

The actual range of motion of the cable pushdown is good as it follows the natural anatomical movement through a full range of motion. However, the problem of no early phase loading still compromises the exercise. A change that would allow the forearm to be more perpendicular than parallel to the direction of resistance (the cable) would be much better.

So, in order to turn the Triceps Cable Pushdown from a 7 to a 10, you will need to turn round so that you are facing away from the cable machine.With the direction of resistance now coming from behind you, your forearms will be close to perpendicular to the cable at the start of the exercise. This will provide the early phase loading which allows for the ideal resistance curve for the triceps pushdown.

The problem with doing the push down facing away from the machine is that your head will get in the way of the cable. To overcome this problem you will need to use a double pulley machine that allows you to bring the cables down to the sides of your head.

How to do Triceps Cable Pushdown

The decline dumbbell overhead triceps extension is alternatively known as Skull Crushers. Doing the exercise on a 30 degree decline bench allows you to have your upper arm closer to the natural position of being alongside your torso. This allows you to more effectively flex the triceps at the fully extended position.

This exercise does a great job of exercising through a full range of motion following the anatomical movement of the triceps. It also provides early phase loading, with the hardest part of the movement being at the beginning. It is the best triceps workouts with dumbbells.

How to do Decline Dumbbell Tricep Extentions

To get the most out of your triceps workouts, you should focus on the best triceps exercise – the modified triceps cable push down and decline dumbbell triceps extensions. Use a rep range that varies between a high of 30 and a low of 6 for a total of around eight sets per workout.

Whatever your fitness objective (for example losing fat, muscle growth) we can help you. We have exercises for women and men, and for those who exercise in a home gym.

About the author  Steve (Qualfied Personal Trainer and Nutritionist)

Steve Theunissen has qualified from the International Sports Sciences Association (ISSA) and is a certified Personal Trainer and Nutritionist. He has over 30 years experience in fitness and nutrition and currently working with famous fitness professionals. He is currently living in New Zealand with is wife and daughter.